Measuring tactile illusions with Brain Gauge .
Most people are familiar with optical illusions. For example, the one shown here is a context dependent illusion. Glancing at the two sets of circles, it appears that the center circle of the cluster on the left is smaller than the center circle of the cluster on the right. But in fact, the two center circles are of equal size. Why does the brain trick you into thinking this? Part of the answer is that your brain quickly evaluates the center circle in the context of its surroundings, and the result is that the two center circles appear to be different sizes. Cortical circuitry is ideally suited for contrast enhancement, and to navigate the real-world environment, we process an enormous number of images at literally lightning speed. If something goes wrong with the circuitry, the illusions will no longer appear. Many individuals with autism are not impacted by illusory stimuli such as these – they immediately recognize the pattern without the contextual evaluation and perform better at evaluating the comparison of the two center circles.

Delivery of tactile illusions to the skin is a way that we can evaluate how well the cortex is processing inputs. One of the simplest examples of this utilizes the amplitude discrimination task. In this task, the subject is queried about which of two stimuli are larger. Each time the answer is correct, the difference between the amplitudes of the stimuli in the subsequent tests get smaller. At some point, the values of the amplitudes oscillate around what is referred to as their difference limen. 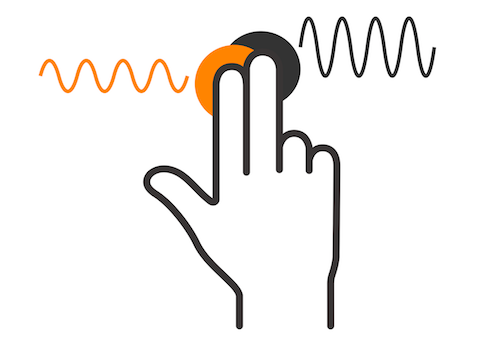 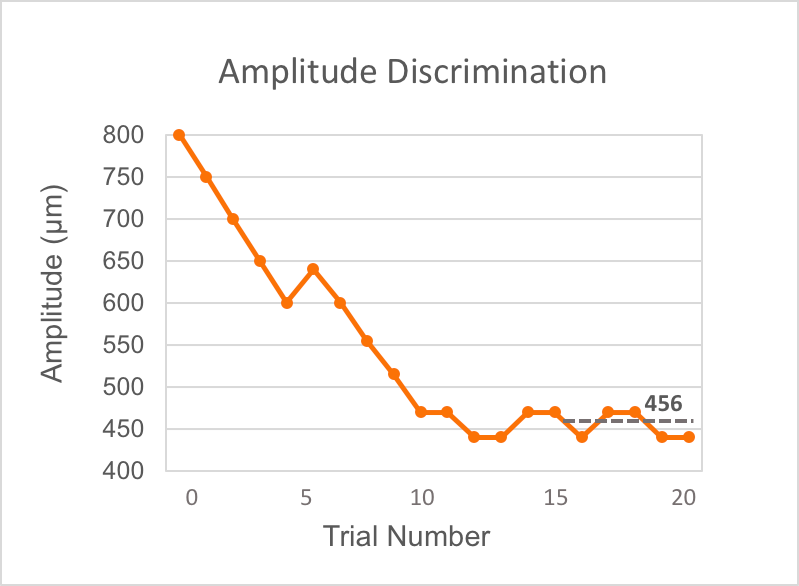 This amplitude discrimination task, as described above, was done without any illusory confounds. But what if we added a conditioning stimulus? Specifically, suppose we deliver a half second (500 msec) stimulus to the skin site where the larger of the two subsequent stimuli will be delivered? The result, normally, is for the perception of the larger stimulus to be much smaller (think of this as an adaptive response – after you feel something for a long time, you start to ignore it). When this happens, you effectively have created an illusion – a larger stimulus now feels smaller, and a comparison of the two stimuli on the amplitude discrimination task is now much more difficult. The percept of the larger stimulus is now smaller, so the difference between the percepts of the two stimuli are much smaller and more difficult to evaluate. With the illusion in place, the scores get worse, but plasticity scores get better. In other words, the illusory conditioning stimulus is supposed to make you worse (usually about 30%). The terminology in cortical metrics is that single site adaptation (SSA) will be high when plasticity is high and low when plasticity is low. 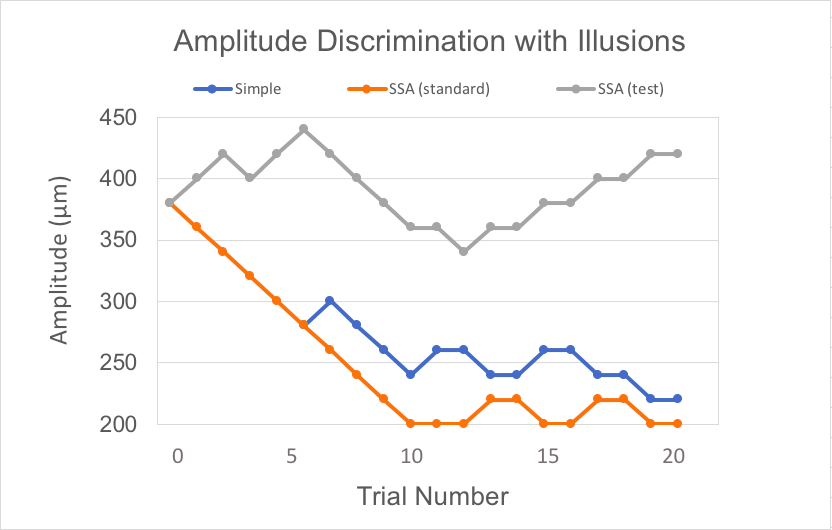 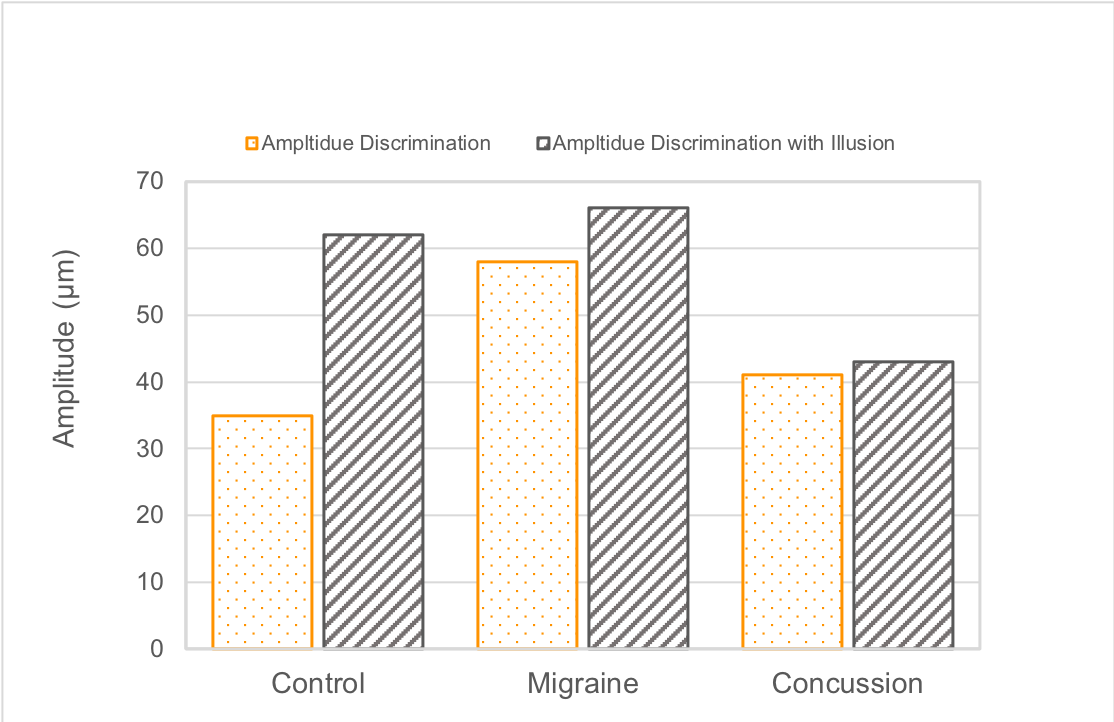 There are different features of adaptation, and in particular, how it relates to repetitive stimulation. In general, one of the main features of a repetitive stimulus (even though its only 500 msec long, it does have that effect) is that the cortical activity that relates to the skin site being stimulated (i.e., the fingertip representation in the brain) actually goes down with repeated stimulation, and this change in activity level is roughly correlated with the percept of intensity. Another feature of adaptation with repetitive stimulation is that there is an increase in contrast enhancement, but that will be the subject of another report.
Multiple mechanisms are involved in adaptation, but a predominant one is feedback circuitry that is highly influenced by the balance of excitation and inhibition in the brain. If there is not enough inhibition (or too much excitation), then adaptation will be suppressed, and the plasticity score will be low. This is discussed in more detail than most people would like to read about, but here are a list of papers that demonstrate neurological disorders with lower than normal plasticity scores:

A comprehensive discussion on cortical dynamics and the scientific basis of plasticity can be found here.