Consumption of walnuts appears to have a positive effect on brain health.
Every day, it seems like there's a new “superfood” that promises to boost your brain power or overall health. Recently, walnuts in particular have seen a rise in popularity due to their supposed benefits on cognition and mood. But is there any truth to those claims? A 2015 study by Arab & Ang investigated some of the proclaimed effects of walnut consumption. Subjects were surveyed on their daily intake of nuts and then categorized into 3 groups: walnuts only (n=133), walnuts + other nuts (n=562), or no nuts (n=4661). The first two groups were further split based on total consumption (in grams) into the lowest, middle, and highest tertile. Subjects in all groups were put through a series of cognitive tests, including a simple reaction time test. The results showed that walnut eaters were significantly faster than either of the other groups. Additionally, there appeared to be a graded response: the more walnuts people ate, the faster their reaction time was. The graph below shows the results from this experiment. Note that a "lower" score is better in terms of reaction time. 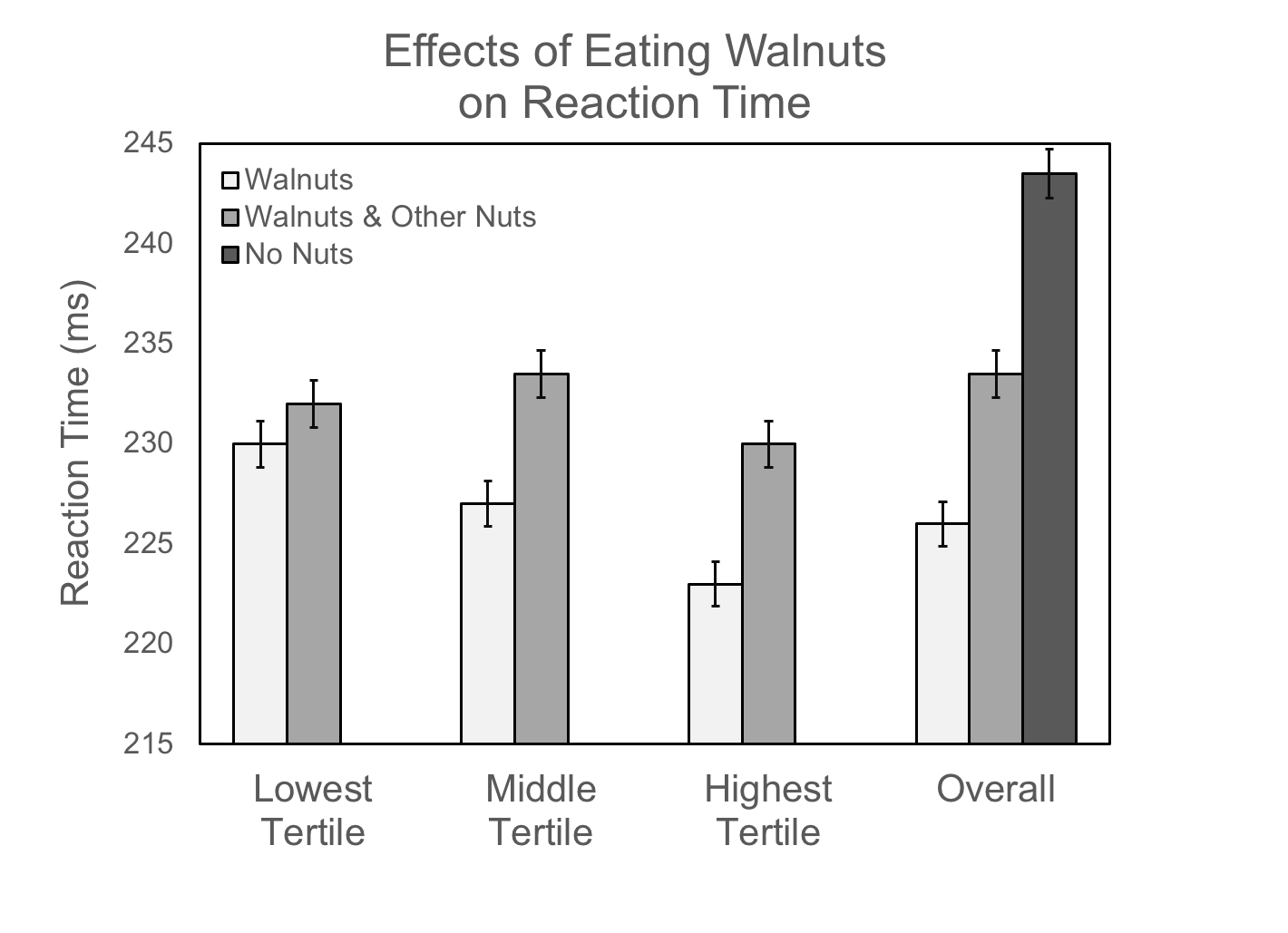 Note that this was an observational study based on reported nut consumption, and thus direct causation cannot be inferred. It is possible that people who eat lots of walnuts are also more likely to have other health-promoting habits. However, the correlation shown in this study is strong enough to warrant further investigation. Given that participants were asked about their walnut consumption for only the day prior to testing, the strong results suggest that walnuts provide acute cognitive benefits, making them a good candidate for personal experimentation. Using a Brain Gauge, you could perform this an independent version of this experiment to determine your own optimal consumption levels for walnuts and other superfoods or nootropics. You could also perform the optimization with measures other than reaction time – examining different measures could give insight into different features of brain function. By tracking your cognition with proven, quantitative measures, you can make informed decisions on how to optimize your brain health.

References:
Arab L, Ang A. A cross sectional study of the association between walnut consumption and cognitive function among adult us populations represented in NHANES. The journal of nutrition, health & aging. 2015 Mar 1;19(3):284-90.