Sleep deprivation will negatively impact your Brain Gauge scores; optimal sleep will optimize your brain health.
One of the most simple and straightforward Brain Gauge tests is the simple reaction time test (RT). This type of test is commonly used as a good “first glance” at overall brain health. In this test, a delayed response time can be a strong indication that there is something unusual happening with your brain. However, this metric is very sensitive to a number of lifestyle factors (such as lack of sleep, medication side effects, and stress), so an elevated response time does not necessarily imply that you have a disease or condition. You’re probably familiar with the ‘brain fog’ or lack of focus that comes after a bad night’s sleep, and the Brain Gauge is sensitive enough to identify these subtle changes in cognition. A study done by Lorenzo et al. (1995) demonstrates this concept, and found a significant increase in RT following 40 hours without sleep in ten 22-30 year old males. Interestingly, following 3 hours of sleep after the deprivation period, RT continued to increase, and did not fall back to baseline levels until after 9 hours of sleep (although still elevated from baseline at that point, just not significantly so). 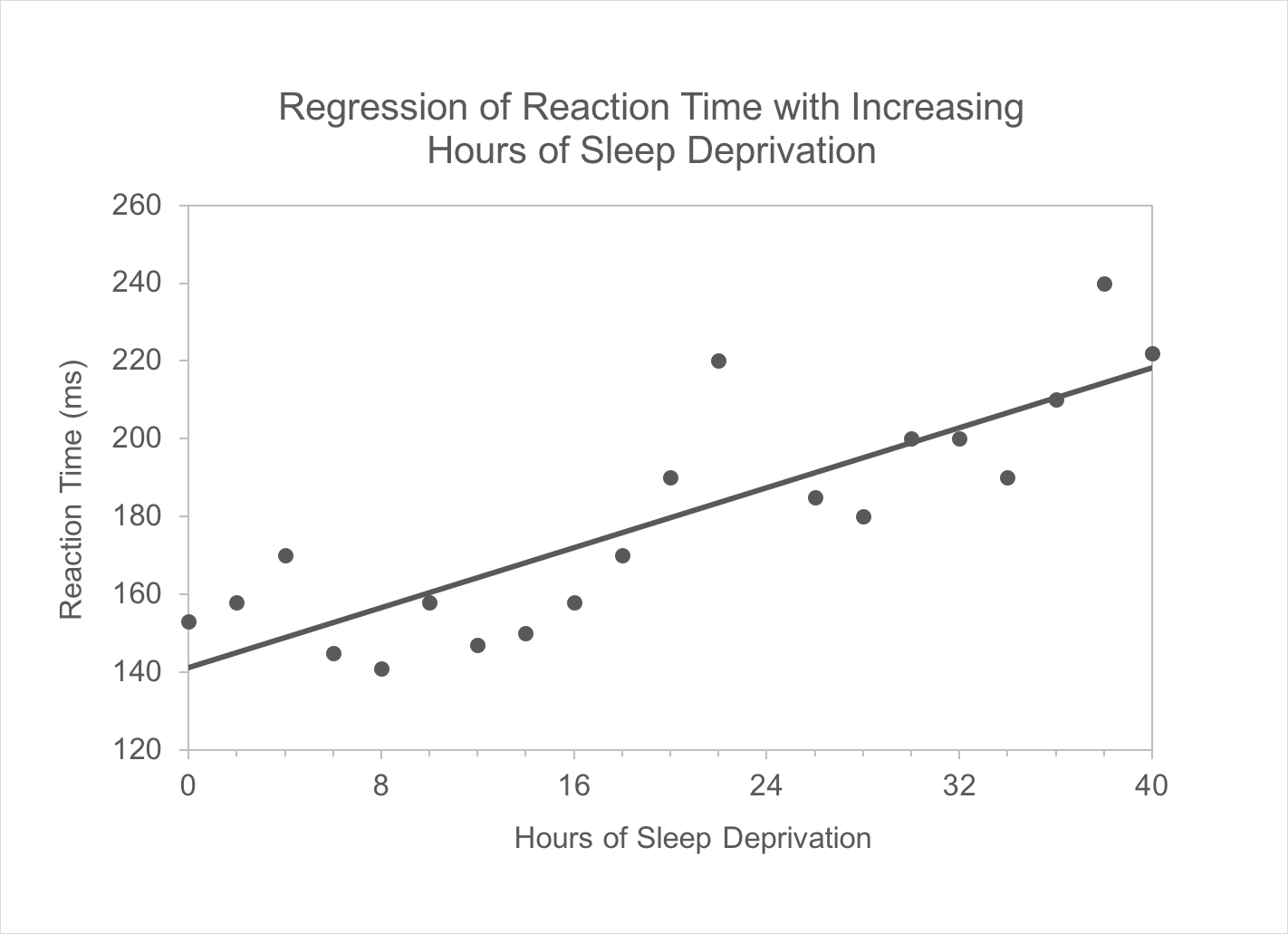 The figure above (modified from Lorenzo et al. 1995) depicts the linear trend between 40 hours of sleep deprivation (TSD) and reaction time taken every 2 hours during the performance of the vigilance task. 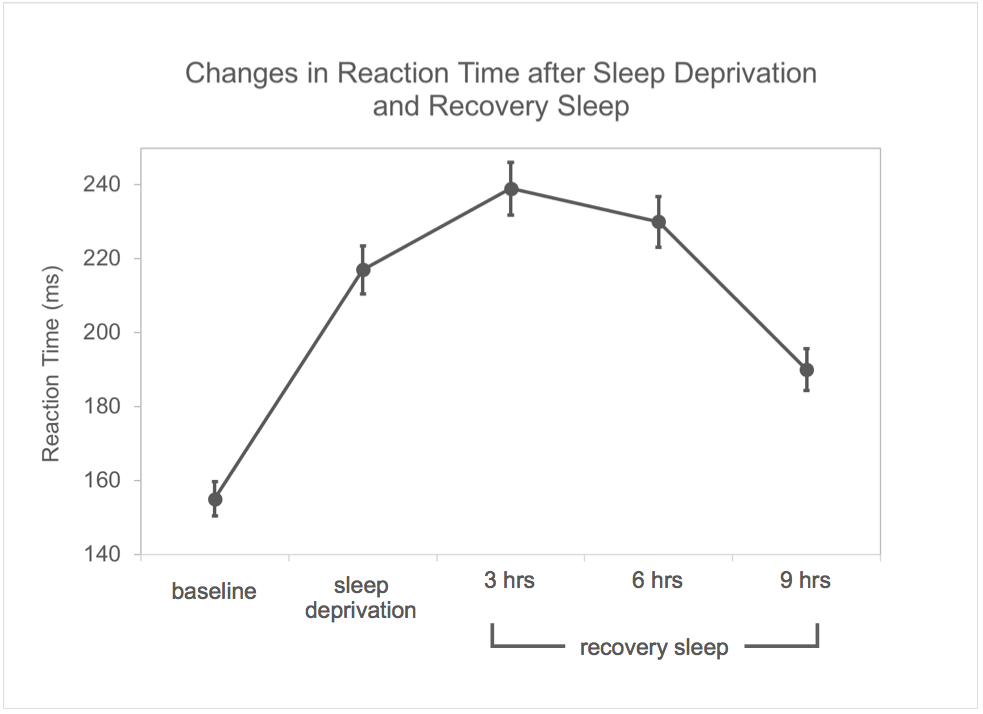 The figure above (modified from Lorenzo et al. 1995) shows reaction time in milliseconds during the performance of a vigilance task at 8:00 AM of the control day (baseline), after 40 hours of sleep deprivation and after one, two, and three blocks of recovery sleep, 3 hours each. Statistically significant difference was found between baseline and 40 hours sleep deprivation, 3 hours, 6 hours, and 9 hours of recovery sleep (Tukey's Student's t test for pairwise comparisons p < 0.05).

While you may not stay up 40 hour straight on a regular basis, it is common in our society today to get less sleep every night than we should. The Lorenzo study is a good example of acute sleep deprivation, but what happens when you are chronically sleep deprived, like most Americans? This is a good question, and the answer hasn’t been explored in the literature (to our knowledge), but based on this study, which shows a linear increase in RT over the 40 hour sleep deprivation period, it would be reasonable to guess that chronic sleep deprivation is not going to help your speed score. If your brain gets tired during the day and you don’t give it sufficient time to recharge at night (based on this study at least 6 hours), you’ll be running at a depressed state the next day. Continue that day after day, and your brain will have a hard time running at its full potential. As it turns out, it might only take a few extra hours of sleep each night to maximize your potential and boost your brain function.