Exercise alone is not the only thing you need to do to insure good brain health. Measuring with the Brain Gauge can make sure that your lifestyle is not impacting your brain health in a negative way.
The link between exercise and brain health is strongly support by research and as recently been widely publicized. We've even written about it on this blog. But what if exercise alone is just a piece of the entire picture of brain health?

A recent study performed by researchers at UCLA reveals the specific habits and lifestyle choices that can help keep your brain healthy. Siddarth et al. (2018) recruited 35 adults aged 45-75 who had no history of mental health disorders, and used 3T MRI imaging to assess the thickness of their medial temporal lobes (MTL). Atrophy in this region of the brain has been associated with memory disorders and Alzheimer’s Disease. The subjects were also asked to report both their average daily exercise time as well as the average time they spent each day sitting down. As the researchers expected, MTL thickness was correlated with time spent sitting, supporting the notion that sedative lifestyles can impair brain health. But suprisingly, there was no significant correlation between MTL thickness and exercise duration. 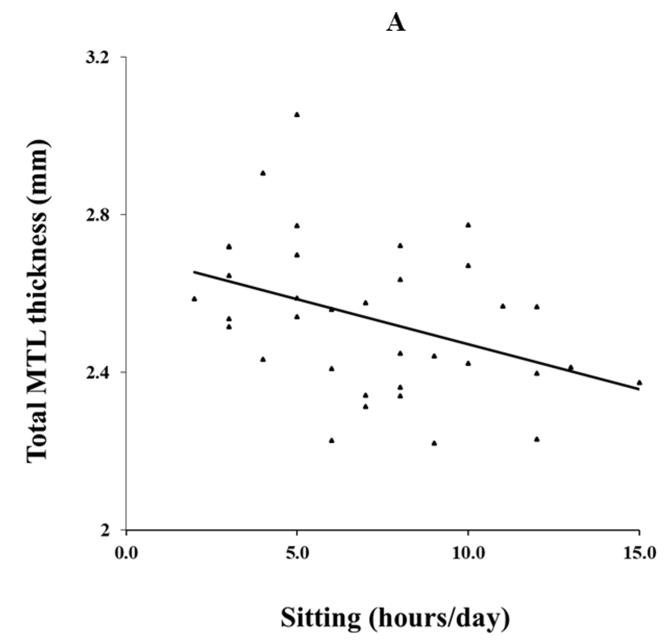 However, this study had a few caveats to note: first, the survey given to the subjects did not differentiate between their sedentary time spent on mentally engaging tasks (performing mental exercises or strenuous desk work, etc) and the time they spent on activities with minimal demand on the brain (watching TV, browsing social media). There was also no differentiation between people who were sedentary for extended, continuous periods, and those who broke up their sendentary time with short bursts of activity, such as a brisk walk around the block between work assignments. Finally, there was no further examination as to whether decreasing daily sedentary time (i.e. being more active) might cause an increase in MTL thickness.

Still, the results from this study suggest a new way to think about the connection between physical and mental health. Studies such as this provide a great “jumping-off” point for experimenting with different personal lifestyle choices, made more useful with the use of a Brain Gauge. It isn't practical to schedule regular MRI scans in order to measure MTL thickness, but using a Brain Gauge can provide reliable details about how that part of your brain is functioning. We would expect a thinned MTL to be associated with poor performance on TOJ and RT tests, with other measures becoming affected with more significant thinning. This provides a way to quantify functional changes of your brain if you decide to make lifestyle modifications to improve brain health. Maybe you’re a bit more sedentary than you should be—try working in more activity to your daily life and track changes in cognitive health with your Brain Gauge!