Hacking your brain but don't know if it is having an effect? The Brain Gauge can help.
The biohacking community is growing faster than ever. This group of health enthusiasts, collectively known as biohackers, try to hack or modulate their body's abilities by using a variety of supplements, lifestyle changes, and radical diets. Over the past 12 months, brain hacking in particular has become very popular. This division of biohacking tends to prioritize improvements to IQ, focus, memory, and mental stamina. The methods used for brain hacking range from dietary supplementation or modification (such as intermittent fasting) to nootropic use and electromagnetic stimulation (often with homemade devices). While there are countless testimonials endorsing the efficacy of such methods, there are few objective measures to verify these claims. However, by using a Brain Gauge we were able to obtain quantitative measures of brain function and track a subject's response to common biohacking methods. The data from this case study is presented below. 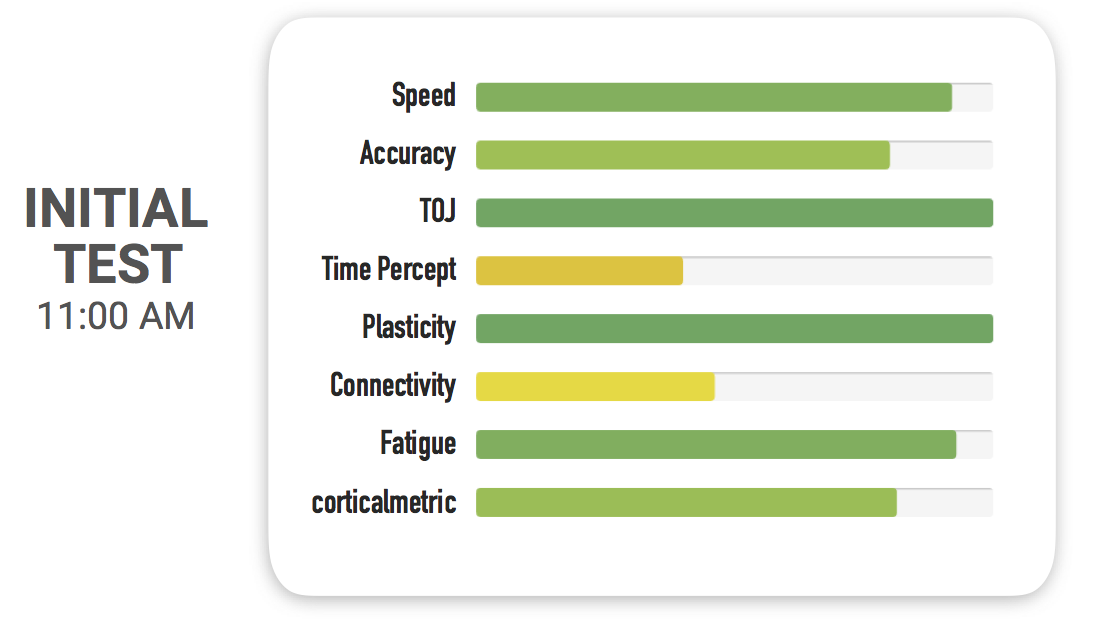 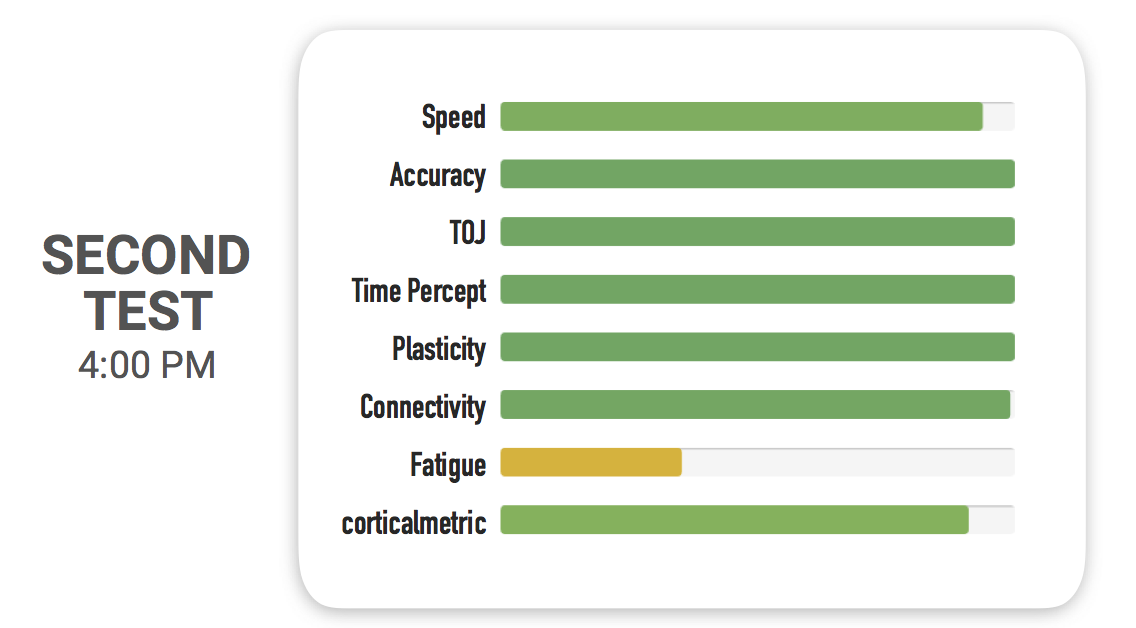 The subject in this case study was a 29 year old female with a diagnosis of CRPS in her left leg and foot. Prior to the beginning of the study she had been treated using InterX therapy, a commercially available electric stimulation device. The subject reported a flare up of pain in her hip (6/10 on the Verbal Descriptor Scale) and leg (5/10 VDS), as well as pain from an unrelated stress fracture in her left foot (5/10 VDS). She also reported brain fog, concentrating problems, and insomnia. Brain Gauge testing was conducted in the morning (pre-treatment), and the results showed deficits in lateral inhibition, plasticity and timing perception. The subject then applied two InterX home therapy devices, focusing treatment on trigger points everywhere except on the lower left extremity.

Following treatment, the subject reported feeling tired, but had decreased hip (1/10 VDS), leg (2/10 VDS), and foot pain (0/10 VDS). She also reported that her head felt 'much clearer' (i.e., less brain fog) and that her concentration had improved. The night following treatment she reported sleeping well. Brain Gauge testing conducted 3 hours post-treatment reflects this reported improvement. These results show improvements to amplitude and timing perception. The only post-treatment deficit was in fatigue, which is consistent with the self-reported qualitative assessment.

A description of PEMF treatment on TBI patients can be found here.

Please send us your biohacking stories! We appreciate feedback and would love to share your experiences with the rest of our community.