In another article, we discussed the nature of autism and how it guided the design of the Brain Gauge testing methods. One question that we often get is what Brain Gauge scores look like before and after treatment. We are often inquired whether Brain Gauge scores indicate if someone is improving or not.

Let’s take a look at one of the subjects in one of our autism studies. At the time, the patient was 22 years old, IQ in the 120 range and had an AQ of 38. He was diagnosed with autism but was highly functioning. One reason that I noticed this individual’s scores at the time is that they were perfectly aligned with the overall average of the autism group that we had tested. So when we had some new protocols to try out, he was the perfect candidate.

Below is a summary of his initial Brain Gauge scores: 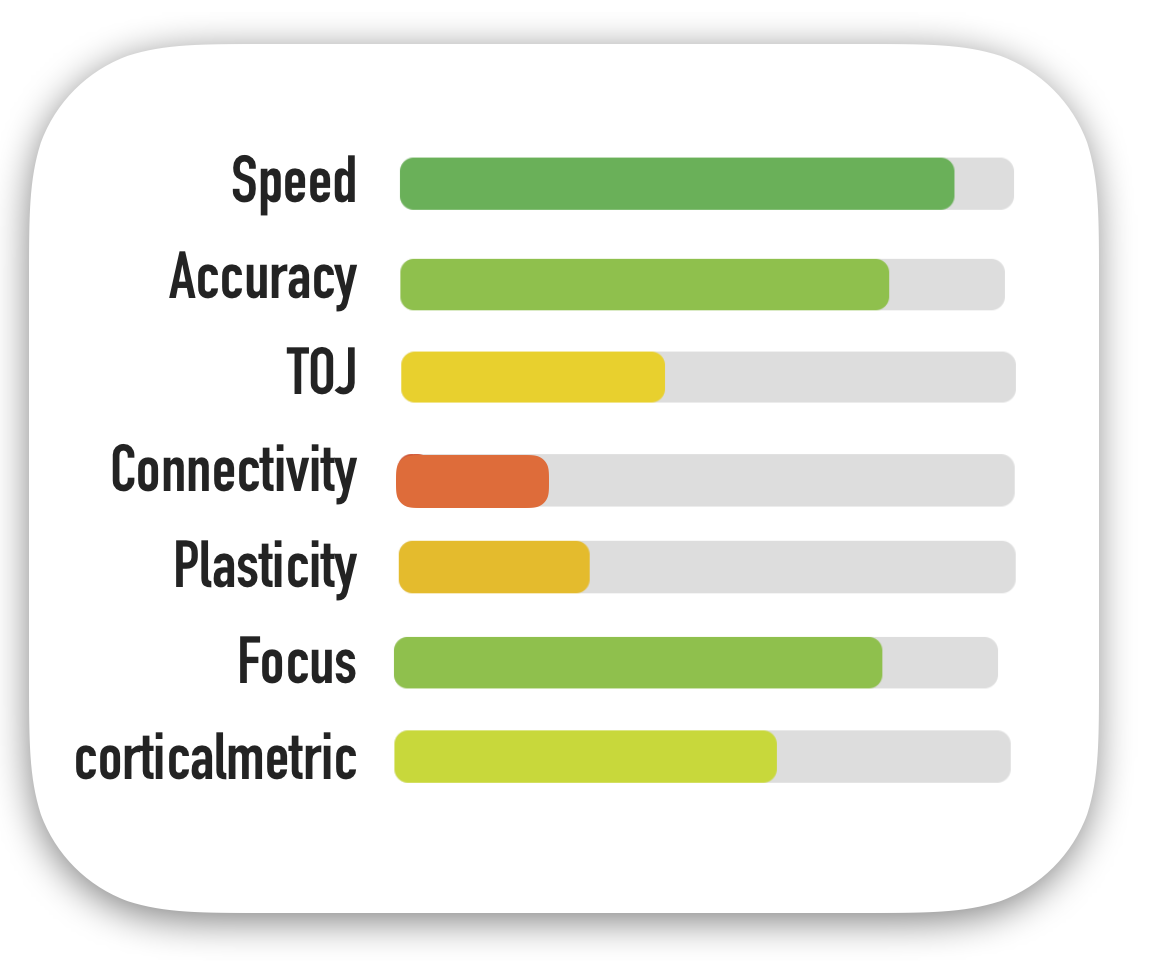 We often test individuals across several different sessions to verify our results. This individual tested twice, with two months between sessions. But when we looked at the results from his second test, we were shocked - All of his scores were normal. 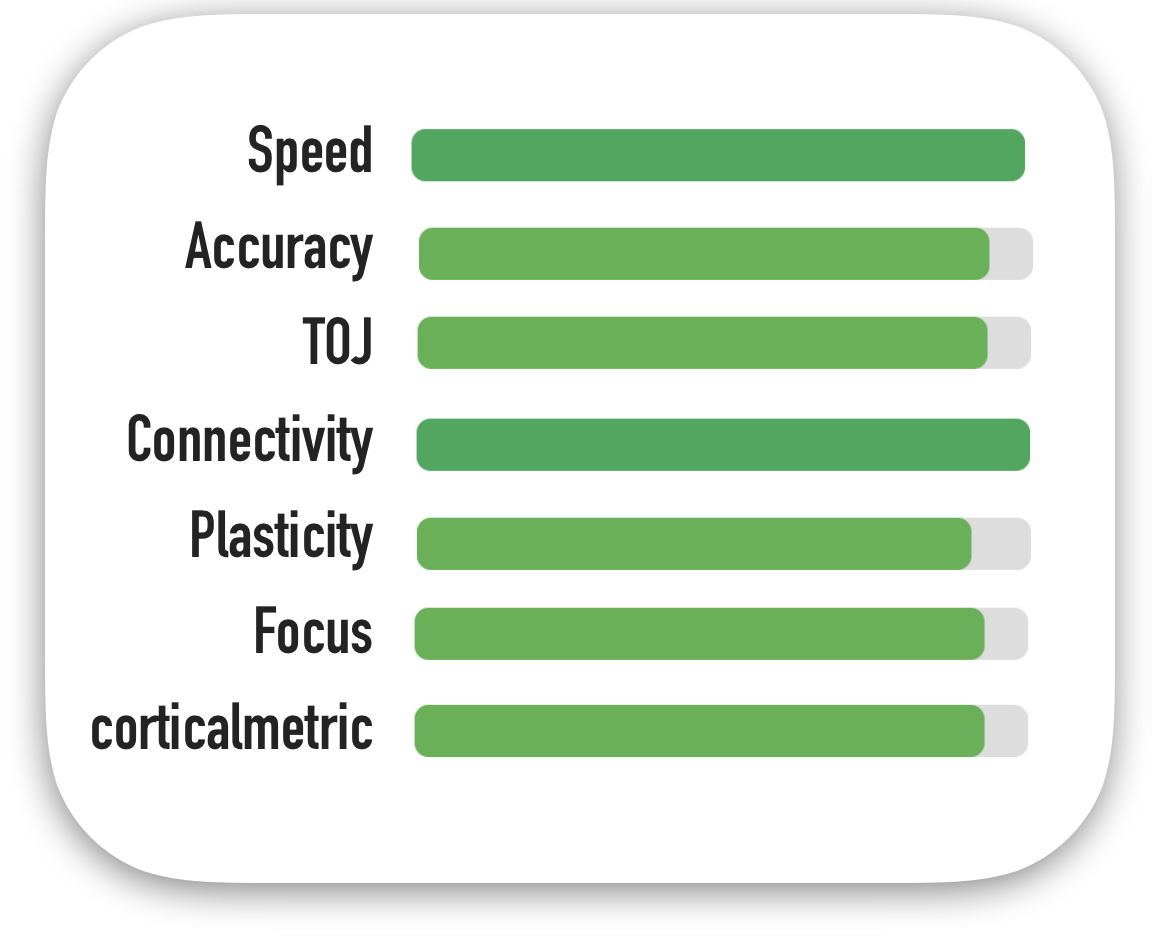 What could have happened? We always take medication history of subjects in the study, so the first thing that I suspected was that the subject had taken something new and been medicated with some type of GABA agonist. But there was nothing in the medication history. When I queried the person that administered the questionnaire (this person was recruiting autism subjects for multiple studies) I started getting strange answers. Long story short, the subject had been enrolled in another study which was testing the effects of a medication, but it was a double- blind study and the administrator had declared that our study could be conducted without knowledge of it. What had happened was that the subject had been given a drug that had a downstream positive effect on GABA – something that many in the autism spectrum have a deficiency in. This deficit results in lower than normal inhibition, hyper-sensitivity to sensory stimuli and reduced neuroplasticity, and it is modulated when you increase GABA or increase its efficacy with a GABA agonist.

The irony of the situation was that the study that was administering the drug to autism subjects stopped their study early because they could not see any effect of the drug. The Brain Gauge methods had no trouble – the other study was using an imaging method (fMRI). I was actually disappointed at the time since I tried to enroll the other subjects in the study into ours. But the 15 minutes of testing that we needed to do was considered too much additional testing since the subjects in the other study had already undergone 4 hours of exhaustive testing (which yielded no positive results).